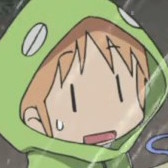 Escher gameplay demo video
Miles — 1 year ago
I recently put together a video showcasing the current state of Escher's gameplay. It shows off some new music and new levels, as well as new mechanics and visuals I haven't covered in a devlog yet.

Escher Devlog #4 - Removing the Wonderland Mechanic
Miles — 1 year, 5 months ago
It took a while, but the next devlog is finally up. Rather than talking about something I've added to the game like usual, this time I'm I explaining my decision to get rid of the wonderland mechanic, which was one of the first features I worked on. Along the way, I also talk a bit about the history of the game and the mechanic, and compare and contrast the level design philosophies behind Escher and Monument Valley.

Escher Devlog #3 - Playtest Postmortem
Miles — 1 year, 7 months ago
This one is lighter on technical details than the last one - it's mostly focused on my thought process regarding level design, as well as the game design lessons I've learned from playtests.

Escher Devlog #2
Miles — 1 year, 8 months ago
It's a shorter video this time, mainly breaking down a graphical effect I recently implemented and showing step-by-step how it gets rendered. I also talk briefly about the project's build system.

Escher Devlog #1
Miles — 1 year, 9 months ago
Another Escher devlog. This one is about some UI work I've done to make organizing the game's levels more convenient. I compare the old interface with the new one, and explain a bit about how IMGUI allows the new interface to stay very simple by holding only a bare minimum amount of persistent state.